Trying to get fancy and failing

Some  of the really fancy sewers I know actually have ideas about the patterns and material that they own. They take photos of the pattern by the material and make a list. I thought that sounded like a good idea so I started. First I had to drag my patterns up from the floor below because they hadn't moved to the new sewing spot post move. Then I decided to sort them into piles by type of clothing - tops, bottoms, dresses etc. 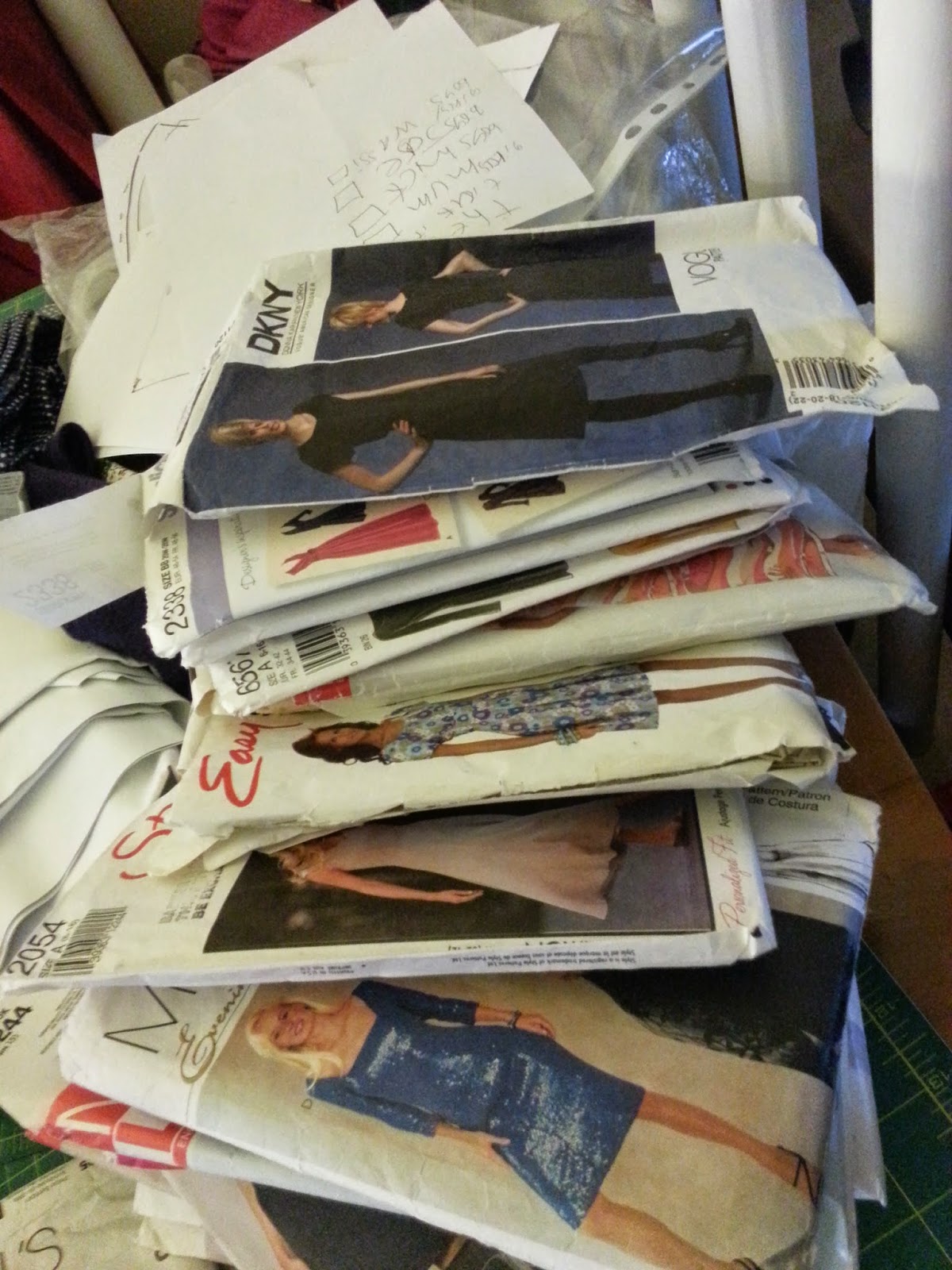 The piles toppled over so I had to start again.  I resorted the dresses into woven and knit and that helped. 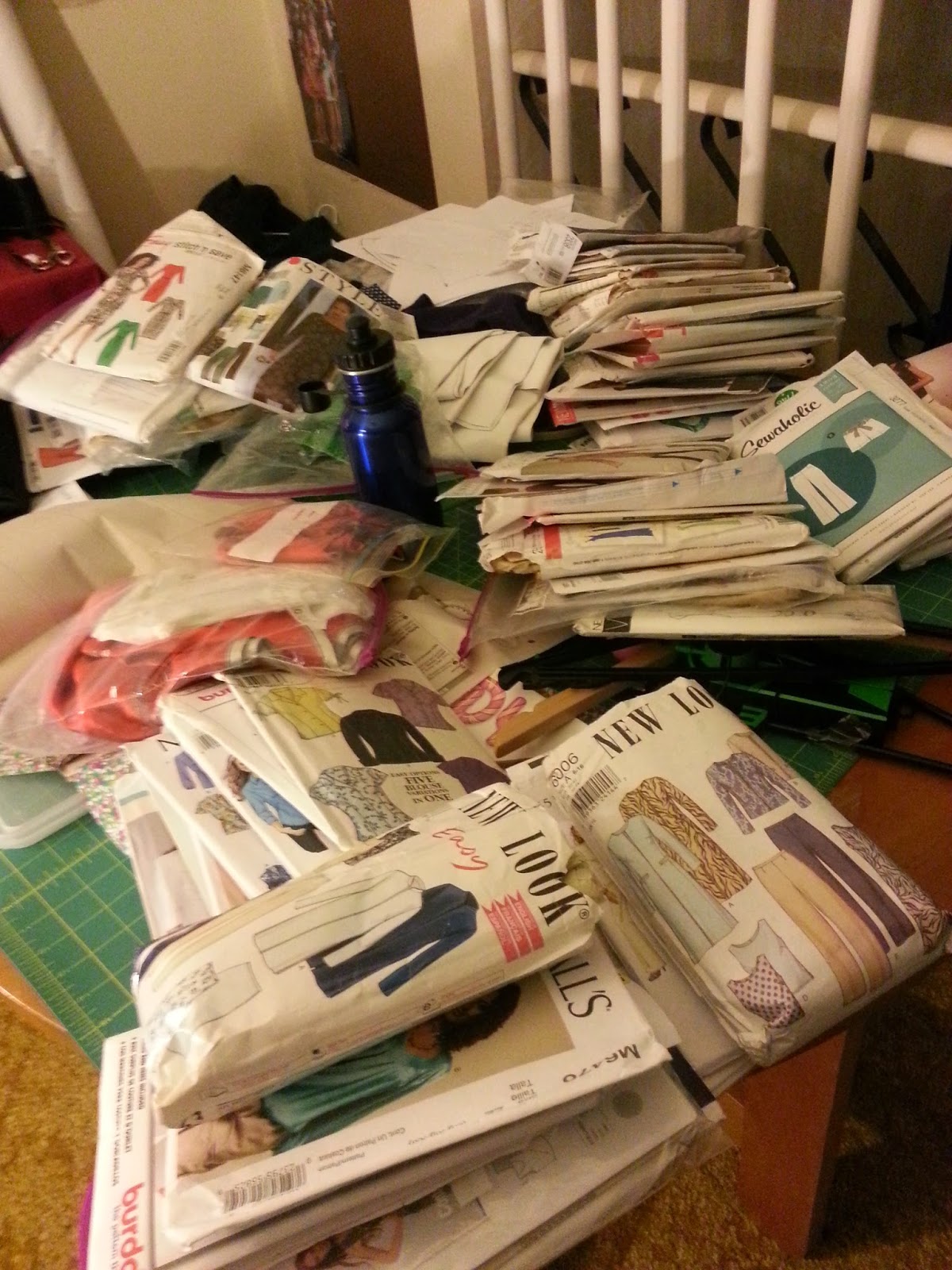 I discovered my fear of making knit tops and trousers had resulted in me trying to find the perfect pattern (all without actually making any trousers).  I think at 10 trouser patterns I should be fine.  I should point out that the excess of patterns was not helped by the recent closure of a favourite sewing shop, selling off patterns for $3.50 each. 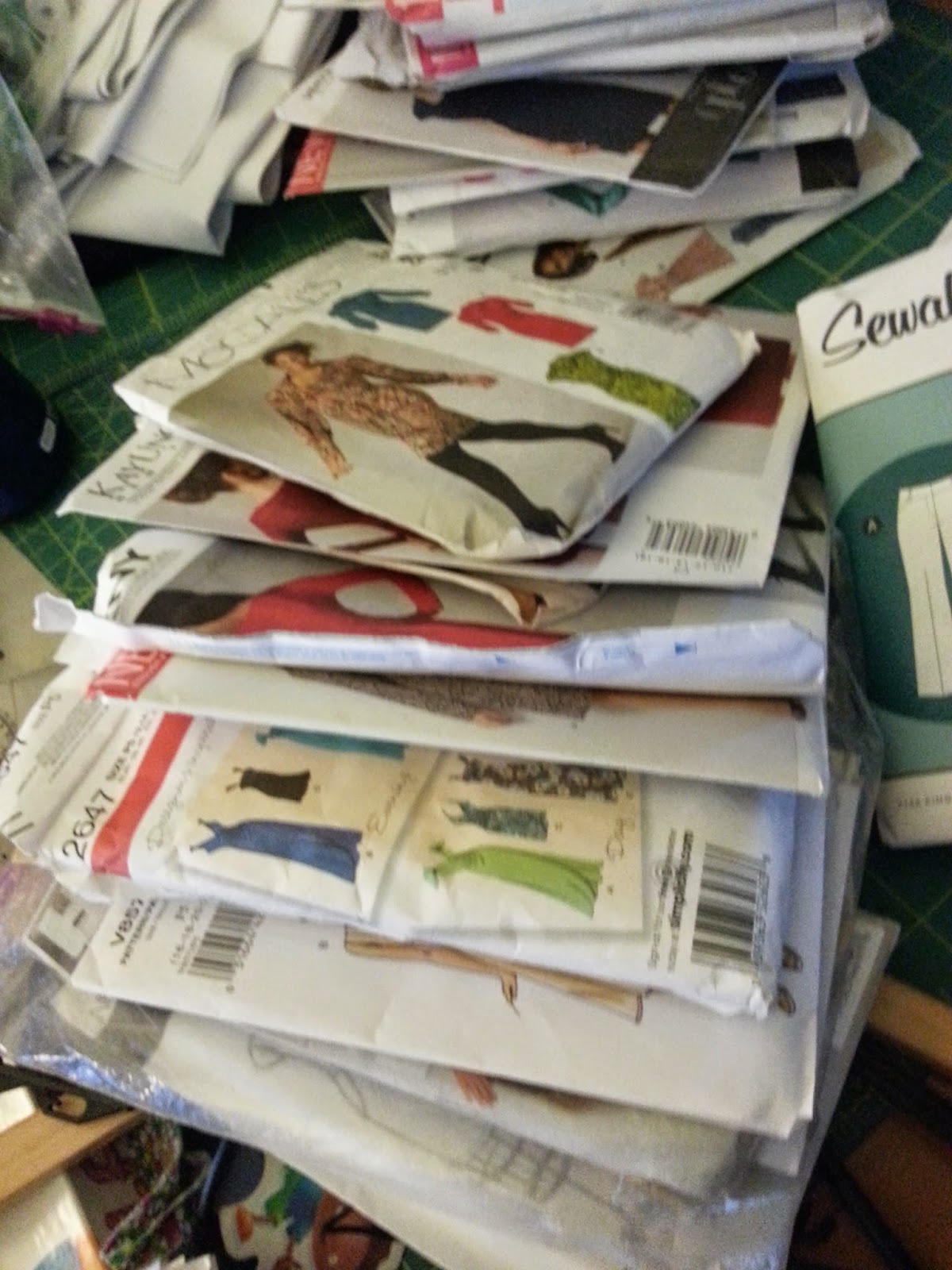 I also discovered I had awful lot of fabric that I had no idea what I was planning to sew from it! After a small amount of hyperventilating I took photos where I had a match already planned, and then filed everything back in its place. Actually, who am I trying to kid - that took another two sessions!
Posted by Gillian D at 1:00 PM